5 star customer rating From over 15,000 reviews to date

What are diplomatic number plates?

If you're out and about in London, you may notice some oddly formatted number plates on the road, particularly in areas where you tend to find embassies of other countries. These number plates are known as diplomatic number plates and are used on vehicles operated by foreign embassies, high commissions, consulates and international organisations.

These number plates typically started or ended with a 1, and then three characters from the country name. For example, India received the IND 1 registration and Jamaica received 1 JAM. In some cases, countries were issued plates that spelled the country name exactly, with Spain receiving the number plate SPA 1N and Fiji being issued with FIJ 1.

The letter in the number plate represents the type of person the vehicle is allocated to, with D being used for diplomats and X for non-diplomatic accredited personnel.

The final three numbers in the number plate are identifiers, with the range 101 to 399 being used for diplomats, 400 to 699 for non-diplomatic staff, and 700 to 99 for consular staff.

The font used for diplomatic plates differs to the standard Charles Wright font used for plates issued in the United Kingdom, and is narrower than normal. This is to prevent people easily cloning diplomatic number plates.

How many diplomatic vehicles are in use?

Are diplomatic vehicles exempt from the law?

Diplomatic vehicles are not exempt from the law, but the person driving may have diplomatic immunity under the Vienna Convention. This means that it in some cases the person driving the vehicle cannot be prosecuted, and as a result, a lot of smaller traffic offences are often ignored by witnessing police officers. 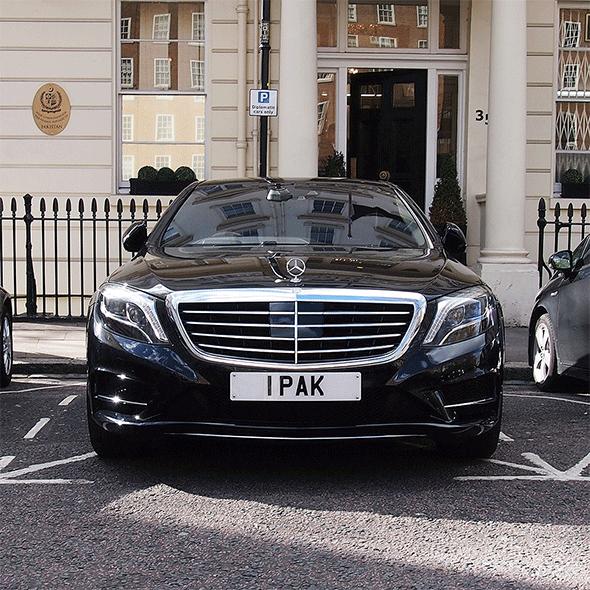